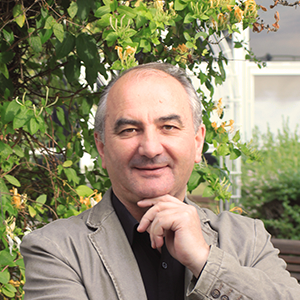 This research project deals with the improvement of emulsion performances and the introduction of green chemistry in the formulation of emulsions, which are an enormous field in cosmetics. Many cosmetic formulations are basically oil in water or water in oil emulsions. This proposal focuses on the essential questions in the field of cosmetic industry: the stability of emulsified systems against coalescence, the evaporation of perfume oil from colloidal multiphase mixtures and the antioxidant properties of adsorption layers.

The aim of this project is to study the evaporation rates of oil phases and the protection of products encapsulated in emulsions; they can be controlled by the structure and the chemical composition of the adsorption layers formed at liquid-liquid interfaces. An innovative character in this research project is the application of natural macromolecules (natural renewable carbon recourses) in the cosmetic formulations: The antioxidant properties of adsorption layers, formed by lignin and cellulose nanocrystals, will be test.

In order to characterize the efficacy of these interfacial layers, surface pressure-evaporation rate relations, measured at different temperatures, will be carried out by Langmuir monolayer technique. In addition, the evaporation process through the monitoring of lipid mesophase droplets evolution by small angle scattering techniques will be studied. The novelty in the combination of these two approaches is an important point in this project. This project will provide new data on the surface properties of natural macromolecules coming from plants and on their applications in the cosmetic industry.

The LAVOISIER MOINDEPAI project aims to modify polymers for fuel cell membranes strengthening to improve their mechanical properties. The idea proposed by Arayik Hambardzumyan is to use as reinforcement natural example of cellulose fibres.