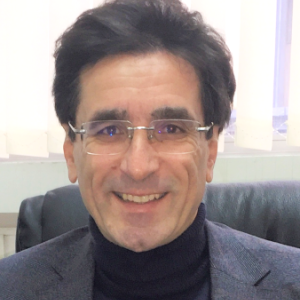 Interdisciplinary analysis of the Leonardo da Vinci's studies on dynamics

The present project aims to study the scientific production of Leonardo da Vinci concerning the dynamics by means of an integrated approach that combines exact and human sciences, and more specifically physics and history.
The huge interest of Leonardo in dynamics clearly emerges in several points of his notebooks where he discussed topical aspects of this physics branch and developed conceptions that evolved over the time.

Within this general goal, the following specific aims of the project can be identified:

Our analysis of the Leonardo’s studies on dynamics will follow two driving lines: i) to place his findings in his time context and ii) to establish connections with the current scientific theories.
The project will be carried out at the Centre d’Etudes Supérieures de la Renaissance (CESR) of Tours, an added value for it being the complementarity between the expertise of the host scientist in history and that of the professor in physics which will allow a deeper interpretation of the Leonardo’s work.
The topicality of the present project is based on its contribution to the 2019 celebrations of the five hundredth anniversary of Leonardo’s death. The project also assumes a special significance for the Région Centre, since Leonardo spent there the last years of his life

Thermal restraint of a bacterial exopolysaccharide of shallow vent origin

The thermal restraint analysis revealed that the whole EPS1-T14 system possessed high stability until 80 °C, and suggested that fucose was mainly involved in the EPS1-T14 thermal stability, whereas glucose was responsible for its molecular flexibility.

Our results provide novel insights into the thermal stability properties of the whole EPS1-T14 and into the role of its main monosaccharidic units. As a new biopolymer, the thermostable EPS1-T14 could be used in traditional biotechnology fields and in new biomedical areas, as nanocarriers, requiring high temperature processes.