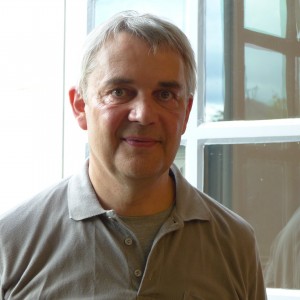 Coins, Dies, Silver: For a new approach to the making of the Feudal period

Today’s society is marked by tensions between central power structures and centrifugal politic forces. Large population movements from one continent to another are also characteristic for our time. This is not new. Many moments of history have witnessed similar situations. Thus, in the 9th-10th c., the strong centralised Carolingian empire fell apart as victim of internal struggle and Viking raids from outside. How did it happen? Was the evolution from central power to local magnates a chaotic rupture or a smooth transition? How were the Vikings integrated into society? The answers to these questions may provide historic parallels to today’s society. However, our sources to knowledge are scarce. Written documents are rare and archaeology does not provide answers on these topics. But coins do. Coins were struck by the million and survive today by the thousand. Studying them, one gains insight into the level of organisation of the state, its institutions and its resources. The project “Coins, dies, silver: for a new approach to the making of the feudal period” looks at coinage in Normandy after the settlement of the Vikings. The methods of studying the dies used to strike the coins and the metallurgic composition of the coins will provide knowledge of the coin production. Normandy became one of the most powerful principalities of North-Western France. The Vikings adopted the Frankish monetary tradition, demonstrating how they integrated into Frankish society, or put in other words, evolved from Vikings into Normans. If one also looks at the neighbouring coinages in Ile-de-France and Centre-Val-de-Loire, one can grasp the how well-managed coinage was in within the emerging local principalities in all North-Western France. Looking at the weight, the fineness and the typology this project will show whether the coin production was continuous and well-planned and estimate the income to the lord from coinage. Put in a larger historical context these results will allow us to test the contradicting hypotheses of a chaotic, disorganised society or a regulated society, organised according to certain rules and able to integrate newcomers.