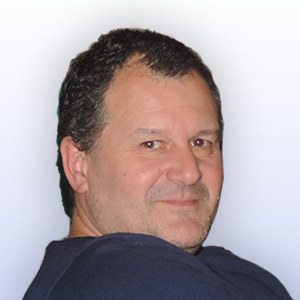 Adaptation of forest trees to climate warming: A case study on Douglas-fir

Global climate change is a challenge for the conservation of natural resources. Vegetation mortality increases in a variety of biomes, where it is frequently associated with increased temperature, often (but not always) with insects and pathogens outbreaks and with drought events. Many forest species are pushed over the limits of their adaptation capacity by more frequent extreme events like those, with only few favourable years enabling them to recover. In this context it seems important to assess the different strategies of response to these events, notably drought, among the challenged species, as well as their corresponding within-species variation for their responses.

The recent research carried out at Centre INRAE Val de Loire has showed that in the case of Douglas-fir (Pseudotsuga menziesii, a conifer successfully introduced in France from North-West America), high wood density is related to low vulnerability to cavitation, the main xylem hydraulic property involved in resistance to drought. For the sake of clarity here, species like Douglas-fir with such drought-response strategy are called drought-tolerant. These species tend to maximize carbon fixation –within certain limits during drought events-, and therefore they rely on a xylem with relatively low vulnerability to cavitation and/or with high hydraulic conductivity.

However, other species have different drought-response strategies more related to maintain their hydraulic integrity even at the expense of carbon fixation losses. Some species avoid drought by closing their stomata at the beginning of drought events, limiting water loss and decreasing or even interrupting carbon assimilation. Others get rid of their leaves at the beginning of drought, also limiting water uptake and carbon fixation. In both cases, they decrease the water potential gradient between the bottom and the top of the tree and thus decrease the risk of xylem cavitation. Plants exhibiting this drought-response strategy are called drought avoiding. This is not, however, a dichotomy classification, and most species are spread out over a gradient of strategies where pure tolerant and pure avoiding species are the extremes.

The aim of the project is to estimate the adaptive value of the variation for wood density in response to drought events impacting Douglas-fir. Recent results obtained at INRA Orléans show that in Douglas-fir there is a strong within-species genetic variation for wood density. This variation appears to be geographically distributed across the natural area of the species, which hints at local adaptations: Douglas-fir may have evolved so that origins coming from a dry continental climate exhibit a higher wood density than origins coming from humid oceanic climate.

After discussion with the research group at INRA Orléans, it is proposed to expand the original project to consider not only Douglas-fir but also other tree species with similar and different strategies of drought-response. An additional drought-tolerant species is larch (Larix decidua), a deciduous conifer species occurring mainly in the Alps and in central European mountain regions, with climates ranging from temperate continental to Mediterranean. It is also widely cultivated outside its mountainous range. A large wood density dataset is available at INRA Orléans for this species. Among the drought-avoiding species is the cordillera cypress (Austrocedrus chilensis), an endemic conifer species growing in dry-mesic forests of Patagonia, Argentina and southern Chile. From west to east this species is distributed in the ecotone from humid (2000 mm average annual precipitation) cordillera to dry (300 mm average annual precipitation) cordillera eastern foothills. Ponderosa pine (Pinus ponderosa) is another drought-avoiding species introduced in the same ecotone in Argentina, native to western North America with an extended natural area covering very variable climates.

In Douglas-fir, a relationship between high wood density and survival capacity after a severe drought event has been discovered by INRA Orleans. Decline and mortality following drought are currently being observed in cordillera cypress and ponderosa pine stands in Argentina. Data will be analysed to elucidate the meaning of adaptive wood density in these drought-avoiding species? It is expected that wood density has a higher adaptive importance and higher within-species variation in drought-tolerant than in drought-avoiding species.

Existing Douglas-fir and larch density datasets compared to new density measurements of cordillera cypress and ponderosa pine will be analysed in order to elucidate a) if different trends of within-species variation of density occur between these four species, and b) whether the relationships between density and ecological attributes of the species are associated with their general drought-response strategies.