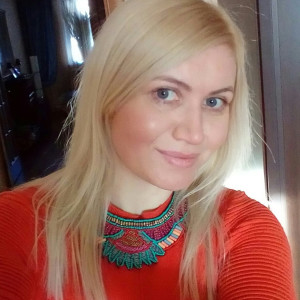 Past herbarium collections have great significance and value to science. They may provide not only important data for plant specialists but can also be extremely useful for entomologists to explore the diversity and abundance of leaf eating insects, origin of invasive species and their early distributions. Larvae and pupae of endophagous insects, such as leaf miners, hidden in tissues of pressed and dried leaves, could be effectively used for integrated analysis, which undoubtedly increases role of herbaria in entomological research. As an example, archival herbarium data was crucial for detection the origin of an invasive horse-chestnut leaf miner and reconstruction its expansion in Europe (Lees et al., 2011). Here we will focus on another invasive insect pest – the lime leaf miner which during the last three decades has spread through most of the Palearctic realm. We will share curious data which we were able to mine from the archival herbarium collections for understanding the invasion history of this insect pest.

Alien invasive herbivorous insects represent a serious threat for the economy and the environment worldwide (Kenis et al., 2009). Fast and accurate identification of those pest insects are required for effective plant protection and implementation of quarantine programs. However, identifying non native insects intercepted by quarantine officers to the level of species can be a daunting task due to the sheer diversity of the group, lack of taxonomie expertise, and morphologically undistinguishable lite stages such as larvae. DNA Barcoding, i.e. the use of standardized DNA sequences for species identification is becoming an important tool in plant protection.Here 1 focus on leafminers (the larvae feed internally within the host plant leaves), an important group of herbivores, with sorne species that threaten our crops, parks and gardens.The main aims of the project are: (1) to develop a comprehensive genetic database for leafmining insects of Siberia for quick and reliable identification of pests and invaders at immature stages. lt will be a significant addition to the present INRA database to cover ali potential forest insects that could invade Europe from northern Asia. (Il) to develop an online database of 257 European species of Gracillariidae micromoths, an economically important group of leafminers, colonizing woody plants in France. lt will follow a similar format that 1 have developed for the Siberian fauna (http://leafminerssiberia.ru). (Ill) to study the genetics of invasion of the lime leafminer Phyllonorycter issikii, as a representative case study of an leafminer that has invaded Europe expanding its distribution range westwards from Asia. 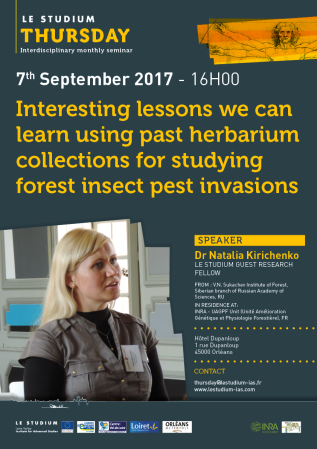 Historical herbaria collected around the world are valuable source of data for studying past communities of folivore organisms and tracking their distributions through the time. Here we examined the world biggest herbarium collection stored in the Muséum National d'Histoire Naturelle (Paris, France) in order to explore past Tilia-feeding endophage complexes and their populations in the Holarctic and clarify the expansion history of the lime leafminer, Phyllonorycter issikii Kumata, 1963 (Lepidoptera: Gracillariidae), an invasive pest in Europe damaging limes, Tilia spp. (Malvaceae).