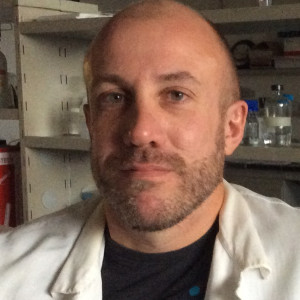 University of Padova - IT

Climate change can affect population dynamics of insects leading to the shift of their range. Range shift can lead to changes of interactions between insects and their natural enemies due to new environments or to different rate of dispersion. It is important thus to couple the study of patterns of herbivore populations expansion with the dynamics of natural enemies dispersion.Among insect species showing a range expansion in recent years, pine processionary moth (PPM) is one of the main forest pest in the Mediterranean region. Its range expansion towards higher latitudes and altitudes is favored by a better winter survival caused by higher mean environmental temperatures. In France, the range of the PPM has expanded over the last decades with a northward expansion reaching the southern part of the Paris basin. The expansion of this species is due to both active dispersal and accidental human-mediated transportation. PPM rapid expansion is not readily followed by a parallel expansion of its natural enemies probably due to different dispersion capacity or limited ability to detect the host at low density of parasitoids. The main aims of the projects are thus 1) to identify expansion patterns of both PPM and its specialist egg-parasitoid in the front expansion edge in the Paris basin using microsatellites; 2) to compare patterns of expansion between PPM and its parasitoids in relation to environmental and human factors (i.e., host plant species and density, urbanization); 3) to develop an assignment tool in order to genetically characterize both PPM and parasitoid samples in new front populations in order to quickly identify the source of new pioneer colonies by a comparison with reference populations. 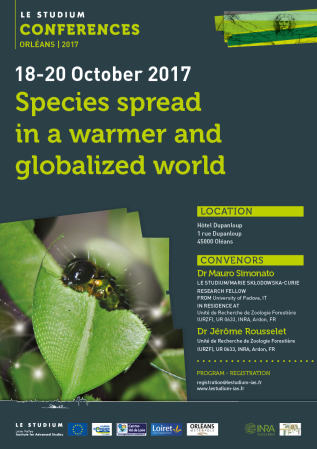 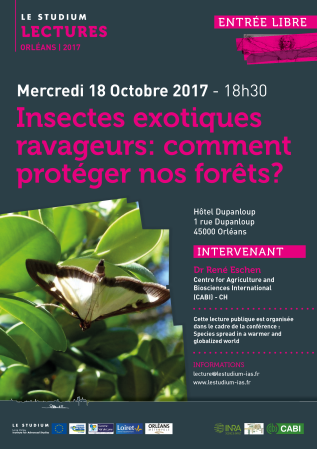 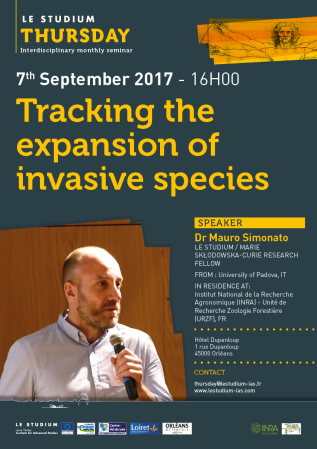 Climate change is influencing population dynamics of several pest insect species leading to the expansion of their range. Range expansion can be driven also by human-mediated dispersal, with the establishment of new insect populations in suitable areas far from their native range. In this process, interactions between insects and their natural enemies can change due to new environmental conditions or to different rate of dispersion. In recent years, pine processionary moth (PPM), one of the main forest pests in the Mediterranean region, is expanding its range favored by both higher winter mean temperatures and accidental human-mediated transportation. Here we outlined the genetic structure of PPM along its range in France using 23 microsatellites loci, characterizing the main patterns of expansion of this species and identifying the source populations of new colonies in the expansion areas. These data can be employed for developing assignment tools to genetically characterize PPM for a quick identification of their origin area. Finally, we developed a new set of microsatellite primers for the PPM specialist egg-parasitoid in order to track its dispersion following its host in the expanding areas. The low genetic variability found, not directly useful for tracking parasitoid expansion, shed light on the role of bacterial endosymbionts in the population genetic structure of this species.