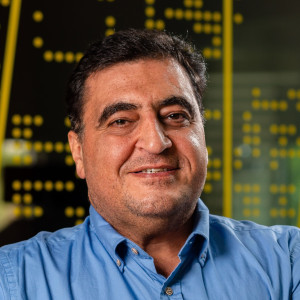 School of the Environment, Flinders University of Adelaide - AU

Sustainable and effective remediation of contaminants from the subsurface is one of the biggest challenges in current environmental issues. The vadose zone (VZ) is known to play a major role within the critical zone as a controlling agent in the transmission of water and contaminants from the land surface to groundwater. Since this zone involves numerous coupled physical phenomena, the interplay of these processes is difficult to understand especially from a remediation point of view.  In particular, the modelling of the migration of water-immiscible contaminants such as light non-aqueous liquids (LNAPL) in this zone is complex since it involves a three-phase system (water, LNAPL, and air).

Despite advances in petroleum engineering, many challenges remain in the development and field implementation of such models. Indeed, many problems remain open on the modeling of the behavior of multiphase fluids in the field of polluted soils where, unlike the case encountered in petroleum engineering, the porous medium is often very permeable and unconsolidated. The traditional assumptions used for very low permeability medium are no longer necessarily valid.

The objective of this study is then to develop models of mass transport and momentum for immiscible two (water/air and water/LNAPL) and three (water, LNAPL, and air) phase flows in porous media with high permeability. These models will have to go beyond the current paradigms and in particular the generalized Darcy formulation with relative permeabilities and capillary pressures depending only on the saturations of the different phases. Beyond the theoretical side and the corresponding numerical developments, one of the objectives is also to test and validate the models by comparing them with experimental measurements obtained in laboratory-scale (length scales of centimeters to meters). 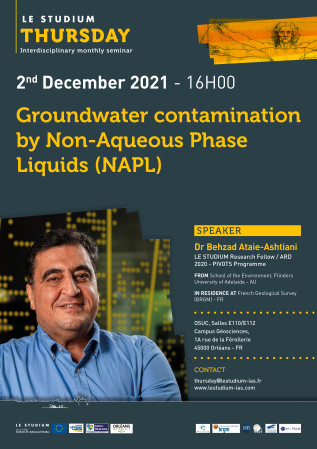