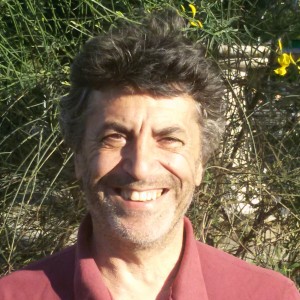 Theory of vision and theory and methods of visual representation in the development of naturalism in European Renaissance painting.

The Second Book of Alhazen’s (Ibn al Haitam) De aspectibus enumerates twenty-two intentiones, namely visual characteristics or visual properties of the visible bodies that can be perceived by sight. It shows how some and any of them are being known and recognized by the intellect. In this sense, the twenty-two visual qualities of a body become just as well characteristics of the vision and can be considered as an attempt to establish an aesthetic of the vision based on the comprehension of the visual processes. The working hypothesis is that such aesthetic doctrine influenced the Europeans visual consciousness from the 13th century onwards and permitted the artists to become aware of some of the cognitive processes of vision, indispensable for the execution of a painting which was to be understood as "real" by the observer. If an artist reproduces the visual characteristics perceived by the intellect in visible objects (for instance light, color, distance, place, corporeity, figure, number, motion, stillness and shadow) in a drawing or painting, the observer of the drawing or painting will understand them as such. In this sense, Alhazen’s twenty-two intentiones can be understood as a theoretical source of naturalism in visual representation. The aim of this project is to verify how and to what extent Alhazen’s theory of visual perception and the doctrine of the “twenty-two intentiones” have influenced the development of those theories and methods oriented towards a realistic approach in painterly representation during the Renaissance. The objective is to understand if and to what extent artists and theirs works enter into a dialogue with the theory of vision and to establish if there is a question of simply adopting visual themes or whether the new knowledge of the theory of visual perception could have come into play in the process of the construction of the pictorial image, for instance the concept of light and color or the different visual characteristics of objects.