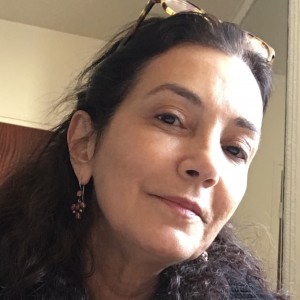 Leda Rios - A voice comes out of silence in Brazil

The project "Leda Rios a voice that comes out of silence in Brazil" finds its origin in the discussions of the research group - Writings of the female body in Portuguese Language Literatures - which I have been coordinating since 2015. After my meeting with Catherine Pélage, from the University of Orléans, we have concluded that my interests join those of the Rémélice research center (Receptions and Mediations of Foreign and Comparative Literature and Cultures) of her University. I will be able to cooperate on 3 research axes associated with international events planned for 2020: first, the reading project on Insularity, which aims to explore island culture in the world; the International Conference - Walls, Barriers and Obstacles; and finally, the Symposium on Women's Sociability and the Nations under Construction in 19th Century Latin America.
The name of the writer Leda Rios was chosen for this project, firstly because her work and the environment in which it was produced have very strong links with the French culture. French influence in Brazil peaked in the 19th century and in the first decades of the 20th century. Leda Rios work, influenced by French simbolism and thought, represents many literary aspects of France's presence in Rio de Janeiro's culture.
She has started writing at the age of eighteen and was widely recognized, receiving various positive reviews, before being silenced in her social environment. Her name was also chosen, given her representativeness and the dissemination of her works which cover different types of literary genres (poetry, chronicles, theather, novel). Leda Rios collaborated on major cultural journals between 1918 and 1930. By presenting her biographical profile and bringing together and publishing her dispersed work, with the contribution of literary critics, historians and sociologists, this project seeks to examine the aspects linked to forgetting Brazilian female writers, such as prejudice based on sex and race in Brazil. It also intends to value the work of Leda Rios as well as the dialogue she has developed with French culture.