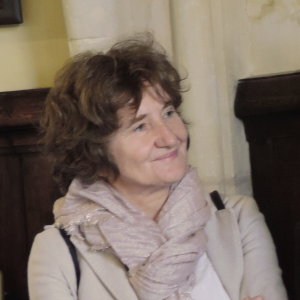 University of Torino - IT

The laity and the bible: Religious reading in early modern Europe

The period between 1470 and 1650 saw dramatic cultural changes: the development of the printing, the literary affirmation of vernacular languages, the spreading of new religious doctrines and the formation of a confessionalised Europe. The traditional image of this period is biased by research paradigms stressing divides and disruptions, such as social and ideological oppositions (laity/clergy, non–Latinate/Latinate, Protestants or heterodox/Catholics) and chronological turning points towards the modern era (before and after Luther, before and after the Council of Trent). Recent research has demonstrated that participation of the laity to biblical literature and culture was wide in the late medieval Europe before the emergence of Protestantism and revealed a world of multiple opportunities characterized by cultural and theological fluidity. It has also challenged the protestant paradigm in early modern Europe, especially in England, the Low Countries and France. The main objective of the research is to investigate the participation of the laity in biblical culture in Europe with a focus on Italy, where the Roman Catholic Church had particular weight, from the beginning of the printing era (long before Luther) to the mid-seventeenth century (long after the reaffirmation of the Catholic dogma on justification). The project thus participates in the current European research on what is a fundamental issue for the formation of modern European identities.

Investigating the vast and still not sufficiently explored field of early modern Italian religious literature, the research will cross the historical, bibliographical and literary methods, in order to test the continuity of the lay participation from the end of the fifteenth century to the middle of the seventeenth century. It will study a large collection of primary sources in connection with a sound study of secondary literature, in order to reconstruct the possibilities and impossibilities of access for the laity to biblical books and the various ways of its participation to biblical culture and literature. It seeks to answer the following questions: Who write for lay readers? What were the religious and cultural purposes of addressing lay readers? What were the forms and contents of biblical books intended for laypeople? What uses of biblical books were recommended or prohibited? Was the lay authorship and readership promoted in a polemical way? What kinds of collaboration, through time, existed between lay and religious authors and readers? Challenging the scholarly view of the participation of the laity in biblical culture, its chronological bounds and its social and ideological context, the research will illustrate the circulation of reading techniques, literary genres and religious knowledge between religious and lay worlds, and show the active participation of lay culture in the formation of the modern religious identities.