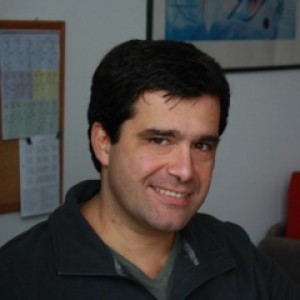 National Research Council of Italy - IT

Serpinopathies are a class of genetic diseases related to the deficiency of a serpin (SERin Protease Inhibitor) and/or its accumulation as polymer chain in the cell of synthesis. For instance, the best-known α1-antitrypsin deficiency is caused by mutations in alpha1-antitrypsin determining polymer accumulation in the hepatocytes and lack of inhibition of lung proteases; the Hereditary Angio-Edema is caused by a poor activity of mutated C1-Inhibitor; and the Familial Encephalopathy with Neuroserpin Inclusion Bodies (FENIB) is related to the accumulation of neuroserpin polymers within neuron endoplasmic reticulum. FENIB and in general all serpinopathies are incurable disorders also due to the incomplete understanding of polymer structure and formation, which makes it difficult to develop a successful therapeutic approach based on polymerisation inhibitors. To date, all the biochemical and biophysical research performed on neuroserpin has been carried out using recombinant neuroserpin expressed in bacteria, thus non-glycosylated.  However, our recent data indicate that neuroserpin polymerisation is hindered by the presence of glycosidic chains at two sites that are glycosylated when expressed in mammalian cells. Also, preliminary experiments show that N-linked glycosylation relates to the stability and polymerization of alpha1-antitrypsin in vitro, as well as to the molecular conformation of the unstructured domain of C1-inhibitor.

The main aim of the present project is to highlight the role of glycosylation in the conformational stability, functional activity and polymerisation propensity of neuroserpin and C1-inhibitor. This will be pursued by implementing an expression system to produce glycosylated proteins and performing a detailed biochemical and biophysical characterisation, exploiting different biochemical and biophysical techniques, including site-directed mutagenesis, enzymatic digestion and mass spectroscopy, optical spectroscopies, chromatographic and scattering techniques.