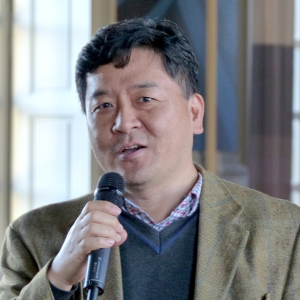 Theory of justice by Guillaume Budé (1468-1540): arguments, method, and influence on the sixteenth-century lawyers

The rise of early modern law owed much, it is now well-known, to the humanist scholarship, which helped the mos gallicus to flourish with the universities of Orléans and, later, of Bourges as the center of that new approach to studies of law. As a part of my long-term research project on the corpus of early modern humanist lawyers, my research on the theory of justice by Guillaume Budé (1468-1540) will hopefully contribute to a richer historical account of the movement.

Having been brought into first contact with law at the university of Orléans by the age of 15, G. Budé resolved about seven years later on devoting himself to humanist studies. The most significant work of his in this respect would be De asse et partibus ejus libri quinque (1515), in which he showed the very example of what the new historical and philological method could achieve. Yet, in order to expound the novelty of his philosophy of law, my research will include his other writings, with much weight given to Annotationes in quattuor et viginti Pandectarum libros (1508). Particularly, Budé’s comments on D. 1. 1. De justitia et jure are of great importance, for they contain many significant hints as to the humanist’s conception of equity with reference to natural law and divine law.

My research aims thus to excavate Budé’s theory of justice from the textual sources which legal historians have not exhaustively searched yet.