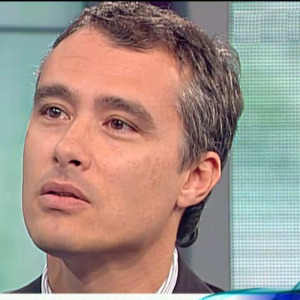 Objectives of the research:
The first line of research aimed at analyze the origin of the Biopharmaceutical enterprise in the Loire Valley region, with special regard to the relationship between the Tours based vaccine producer Edmond Chaumier, who founded in 1887 the Institut Vaccinal of Tours, and the “Istituto Vaccinogeno” directed by Dante Di Blasi at the University of Rome during the 1910’s and 1920’s. The second line of research was rather focused on reconstruct the historical perspective of the social perception of risk applied to biomedical innovation.

Description of the obtained results:
Notwithstanding, the research was able to find the repository where the documents of De Blasi “Istituto Vaccinogeno” were stored, i.e. at the Archivio Centrale di Stato in Rome (9 big folders), the analysis of the conserved fund of “Istituto vaccinogeno di Roma” has insofar only revealed marginal documents which indicate a convergence of interests between Tours and Rome concerning vaccine production and conservation techniques.

As for the second line of research, the analysis of the social resistance against biomedical innovations, and in particular against vaccination, has led to significant results, especially nowadays when several countries are discussing the reintroduction of compulsory vaccination in order to reverse the decrease of the immunization rates. The controversy raised by vaccination against measles, mumps, and rubella (MPR) provides a useful case study for understanding individual behavioral responses to new information about risks or new medical technologies, suggesting that information processing, rather than simply access to education and income, is the key driver. Indeed, solid data show that more educated and affluent parents are more selective/hesitant and more often choose not to vaccinate their child. To understand why individuals making decisions under uncertainty and risk give undue weight to information indicating risk and, more generally, perform “suboptimal choice”, neurocognitive tools offered by Daniel Kahneman, Gerd Gigerenzer, and Dan Kahn had been use. These tools, together with the nudge theory — a concept in behavioural science, political theory and economics which uses positive reinforcement and indirect suggestions to obtain non-forced compliance to influence the decision making of groups and individuals—, are now the forefront of the researches applied by several Western Institutions to cope with vaccine refusal. During the period of staying in Tours, the researcher wrote a book on this topic (Andrea Grignolio, Chi ha paura dei vaccine? Codice Edizioni, 2016), which will be translated in English by Springer in 2017-18.

Perspectives related to the research project:
Concerning the historical investigation of the relationship between the Institut Vaccinal of Tours and the “Istituto Vaccinogeno” directed, respectively by E. Chaumier and D. Di Blasi during the 1910’s and 1920’s, further analysis of the Italian archives could probably reveal more significant material of interest such as documents revealing the techniques of productions, the exchange of vaccine pulps, and the collaboration established to dominate the European and international market of vaccines. Being the vaccine production of Tours one of the first mass market production of a biopharmaceutical product, further historical investigation could serve to reveal the origins and long standing traditions of the current biopharmaceutical enterprise in the Loire Valley region.

As for the second line of research, both the Loire Valley region and the whole Country could have some advantage from investigations aimed at cope with  social reluctance to biomedical innovations. Indeed, as shown by the therapeutic use of some monoclonal antibody (i.e., the affaire of TGN1412) that during clinical trials was withdrawn from development after inducing severe inflammatory reactions in the first-in-man study (6 volunteers, in London in 2006), the social perception of risk for biomedical innovations could become problematic if not properly addressed. At the same time, the political and social discussion of the reinforcement of French vaccine mandatory laws need to be based on the analysis of this specific literature focused on social acceptability of innovative biomedical treatment, with special regard to social evaluation of risk, public and parental attitudes toward vaccines, confidence with health-care providers, public health practitioners and policy makers.