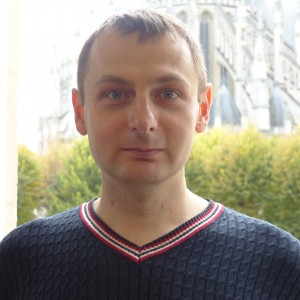 Exploring the effects of Trifluoromethyl group in the design of Organocatalysts, Enzyme Inhibitors and in the conformational control of saturated Nitrogen-Containing Heterocycles

The trifluoromethyl group plays an important role in the design of novel pharmacologically active agents since its introduction into organic compounds often leads to improved potency, stability and activity in vivo. Within the framework of this proposal, our objective is to propose an interdisciplinary project including methodological studies, structure investigations, and organocatalytic transformations of a range of trifluoromethyl-containing ketimine derivatives with potent biological activity. In the planned research we will focus on the study of specific effects of trifluoromethyl group that could provide novel tools in molecular design of more efficient organocatalysts for asymmetric synthesis and pharmacologically promising nitrogen containing heterocyclic compounds. These effects include activation of NH-ketimine function for addition of nucleophiles giving rise to previously unknown “organoinhibition” phenomena and, in another aspect, stabilization of transition state-like structures in enzyme inhibitors. In addition, a rare intramolecular through-space interaction of fluorine atom of trifluoromethyl group with electrophilic sp2-hybridized carbon atom will be systematically studied. For this aim a new series of trifluoromethyl substituted nitrogen containing heterocycles possessing various electrophilic functional groups will be synthesized and characterized as model compounds by X-ray diffraction and NMR methods. The obtained results will provide better insight into a nature of this interaction which is of particular importance in rational drug design. The work will be conducted in collaboration with experienced scientists in the area of computational chemistry and methodological synthesis representing both IOCH NAS of Ukraine and ICOA, University of Orleans in France.