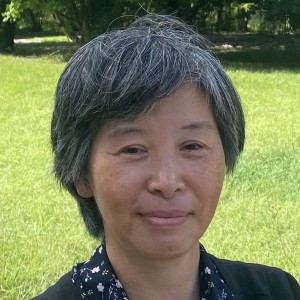 This mechanism combined with a classic hard-soft-acid-base theory leads to a design principle that ILs or ionic salts with hydrophilic (hard) cations (acid) and hydrophobic (soft) anions (base) favor such processes, as confirmed by our experiment. Moreover, this experiment demonstrates a dramatic improvement of not only morphology and electric conductivity but also mechanical property (elastic modulus and damage strain) of PEDOT:PSS treated with such ILs.

In this project, we investigate the molecular origin of such IL-induced improvements in elastic modulus of PEDOT:PSS by carrying out density functional theory calculations and molecular dynamics simulations on atomistic models mimicking IL-treated PEDOT:PSS thin films deposited from its aqueous solution.