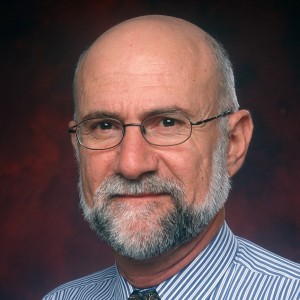 Osteocytes, representing the most numerous cells in bone tissue, compose over 90-95% of all bone cells in adult.  Embedded into a compact and mineral matrix, osteocytes are localized into lacunale and are connected to each other but also to cells on the bone surface (lining cells) and with marrow cells (including stem cells) by cell processes forming a dendritic network within the bone matrix canaliculi.  Both lacunae and canaliculi are forming a three-dimensional network system: the osteocyte lacuno-canalicular network

Osteocytes are now considered to act as mechano-sensory receptors, regulating the bone response to stress and mechanical load.  Osteocytes are also considered to trigger the initiation of the bone remodeling process in response to a signal.  This targeted remodeling may occur only where the bone tissue is locally old and damaged (by micro-cracks). The osteocyte is thus at the beginning of the bone regeneration process which replaces old and damaged bone by new bone tissue of better quality.  This regeneration process is controlled by some biological systems, such as the Wnt/β-catenin pathway or the TGFβ signaling pathway.  A genetic control of these pathways may involve several genes, such as RUNX, MSX, TIEG…

Our aim is to investigate the role of the osteocyte and the biological systems that control bone regeneration and remodeling thus maintaining bone quality.  Our project will be split into three investigative headings.  The first of them will be devoted to the morphological characterization of the osteocyte and its lacuno-canalicular network.  This morphological and image visualization will be performed by microCT, synchrotron imaging, confocal and electron microscopy.  The characterization of the osteocyte lacuno-canalicular network will be completed by histomorphometry in order to determine the relationship between osteocytes and remodeling.  In a second heading, the osteocyte’s impact on the modulatory recruitment and differentiation of bone cells and progenitors will be researched (for instance by co-culture systems, in vitro and in vivo conditioned differentiation).  Finally, we will investigate modulatory effects of aging, treatments, physical training and osteoporosis on the osteocyte functions.

This program has at the present time started in our lab. The presence of the STUDIUM invited Professor will constitute a booster for this program. The Professor brings extensive knowledge and experience of bone remodeling analysis including bone tissue morphology and mapping differential gene expression to changes in bone morthology.