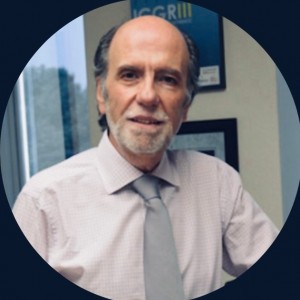 Alfredo Ulloa-Aguirre M.D., D.Sc., obtained his academic degrees from the National University of Mexico (UNAM). In 1980-1982 and 1986-1988 he was postdoctoral research fellow at the University of Pennsylvania, USA, where he worked with Scott C. Chappel and Jerome F. Strauss III. In 1996 and 2003 he was Visiting Scientist at the Oregon National Primate Research Center, USA, working in the laboratory of the late P. Michael Conn, and in 2009-2010 he was invited as LE STUDIUM Scientist Fellow at the INRA, Centre de Tours-Nouzilly, where he worked with Eric Reiter. He currently leads the Core Facility (Red de Apoyo a la Investigación) of the UNAM-National Institutes of Health in Mexico. His research is focused on the study of the structure-function relationship of gonadotropins and their receptors, areas in which he has published prolifically, being currently an internationally recognized leader.

The Follicle Stimulating Hormone (FSH) plays a key role in the endocrine control of male and female gonads. Nowadays, FSH is extensively used in both reproductive medicine and agriculture. FSH interacts with a seven transmembane spanning receptor (7TMR). Similarly to most 7TMRs, FSH receptor (FSHR) couples to a heterotrimeric G protein (Gs) upon activation, subsequently triggering various signalling cascades within the target cells. Our laboratory has recently shown that, in addition to Gs, the FSHR also signal through a -arrestin (arr)-dependent mechanism. This pathway is able to activate Extracellular-signal Regulated Kinases (ERK) with spatial and temporal characteristics distinct from Gs-activated ERK. Thus, arr recruitment to the activated FSHR, a well established mechanism for receptor desensitization and internalization, also induces the formation of active signalling scaffolds. A growing number of arr-dependent signaling pathways have recently been reported for other 7TMRs. So far, ERK are the only signaling intermediates documented to be activated by the FSHR through a arr-dependent mechanism. Moreover, the physiological consequences of this new transduction mechanism on reproduction remain unknown.

The goal of the current proposal is to decipher the contributions of G protein and arr-dependent transduction mechanisms in the activation of downstream signalling pathways by FSH and to determine their respective impact on target gonadal cell response (quiescence, proliferation, differentiation or apoptosis). Both transduction mechanisms will be isolated using tools already available in our laboratory (siRNA inhibition of arr expression, PKA inhibitors, specific mutant of the FSHR,…) in various cell culture systems (HEK 293 cells transfected with the FSH-R, rat primary Sertoli and granulose cells) stimulated with FSH. An antibody microarray approach will be used (collaboration with Pr V. Sakanyan, CNRS/Université de Nantes) in order to simultaneously measure the phosphorylation levels of a large number of signalling intermediates in a single experiment. Classical biochemical and cell biology techniques will be used to confirm and substantiates the findings.

In order to resolve the dynamic interactions within the FSH signaling network in the various cellular stages, mathematical modeling will be undertaken (collaboration with Dr F. Fages and F. Clément, INRIA Rocquencourt).

In the future, the results of our work should help (i) developing new generations of pathway-selective pharmacological drugs based on a profound understanding of FSH operating way and on the possibility of testing their efficiency in silico from the model; (ii) understanding some of the pathologies and malfunctions that occurs at the gonadic level.