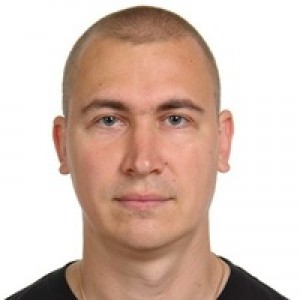 Multipoint measurements in space onboard Cluster and Themis satellites opened new opportunities in studies of the physical processes in the magnetosphere and the solar wind.  They resulted in significant improvement of our understanding of the complex multi-scale phenomena in collisionless shocks, reconnection and plasma turbulence. Most of these studies used newly developed analysis tools for multi-point measurements. One of the important goals of these studies aimed to predict the dynamics of radiation belts that have very strong impact on satellites on geostationary orbit. The major effect is related to energetic electrons and ions. Cluster measurements unambiguously evidenced local acceleration of electrons up to energies of several MeV. These electrons got the name of “killing electrons” to notify their danger for the onboard electronics. It was found that there exists very efficient local acceleration process associated with the so called chorus waves. These waves are generated in the vicinity of the equator and act on particles diffusing them and accelerating some of them up to very high energies. These waves are the key factor in understanding the processes of particle acceleration and losses. Additional difficulty in their study is related to the properties of the plasma in these regions. It is strongly inhomogeneous and there is a very high level of random density fluctuations. All this gives rise to additional complications in the study of the problem. Multi-point measurements are found to be well adapted for such studies. We have developed and tested new technique for the remote sensing of the statistical properties of the random fluctuations of plasma and for determination of wave sources making use of the cross correlations of electromagnetic field measurements onboard several satellites. The technique developed was applied for the first time to the real data registered onboard five Themis satellites and it allowed us to obtain very promising results on determination of the source region of the chorus waves and on evaluation of the statistical characteristics of random fluctuations. Similar processes of particle acceleration and diffusion take place in quasiparallel shocks. Both Cluster and Themis made excellent quality measurements of whistler waves in quasiparallel shocks. One of the key issues of the problem of acceleration of particles in shocks is the primary particle acceleration by waves that propagate in strongly inhomogeneous fluctuating plasma. This problem is very similar to the one to be addressed in studies in radiation belts and it can be studied using similar approach.

Our scientific program aims to carry out the study of the wave particle interaction taking into account wave properties as well as statistical properties of plasma fluctuations in these two key regions of the Earth environment.