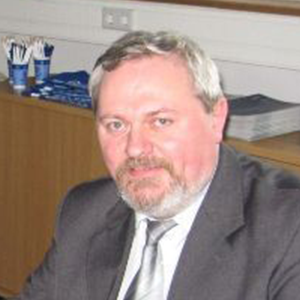 The cell, the basic chemical reactor for life, is an extremely overcrowded environment, where a fraction as high as 40% of the volume is occupied. It is clear that in a solution where the macromolecular packing fraction is about 30-40 % there are serious limitations to the accessible volume, that, in turn, affect in a subtle fashion many biological processes.

A very important aspect of crowding is its influence on the rates governing macromolecular association. For example, it is known that the rates ofencounter reactions in vivo often exceed by several orders of magnitude those predicted by the simple theory of diffusion. What is more astonishing, these processes are extremely selective, each occurring only between few highly specific reactants among thousands of other macromolecules. Remarkably, the extreme complexity of density modulation patterns and the specific crowding level inside the cell have led biologists to hypothesize a functional role of crowding, whereby specific density fluctuations and patterns would be directly linked to the biological functioning of macromolecular interactions.

Current theoretical insight in diffusion-controlled reactions is substantially lagging behind experimental observations. Smoluchowski theory, the most widely used paradigm dating back one century, is only valid for spherical isotropic reactants in highly diluted solutions. The need for a more comprehensive theoretical understanding of density-modulated regulation of diffusion-limited reaction kinetics is clearly urgent. This project puts forward possible theoretical tracks for developing a comprehensive theory of diffusion-limited reactions in crowded environments, utilising understanding of theoretical soft and condensed-matter physics.

Starting from the N-body Smoluchowski equation, it is proposed to include finite-density effects by developing a theory of diffusion-limited reactions based on certain concepts of the theory of liquids and density functional theory.  It is also proposed to approach the same problem from the standpoint of first-passage time distributions. Within such a general framework, more specific lines of investigation include (i) a detailed comparative study of short-range versus long-range inter-particle potentials and (ii) a thorough investigation of how the specific effects of reactant anisotropy (geometry of the active/inactive surfaces on reactant macromolecules) are modulated by density fluctuations and patterns.