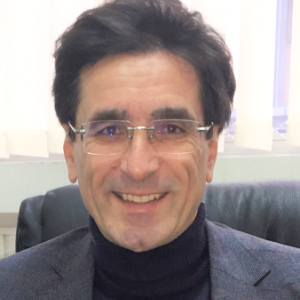 (English) The proposed project is focused on the use of a class of sugars, i.e. trehalose and its homologues, and polyols, e.g. glycerol, in innovative cosmetic formulations and technologies, based on a detailed knowledge of the molecular mechanisms responsible for their stabilizing and hydrating functions. Moreover, our project will deliver a nanoscopic characterization of confinement and crowding effects on such natural active ingredients as encapsulated in proper delivering systems and embedded in realistic media. Such natural molecules have received in the last years a growing attention both from the scientific and applicative points of view. The interest is due not only to their effectiveness as bio-protecting systems conferring to biomolecules a higher stability and resistance under stress conditions, but also to their nature of glass-forming systems characterized by phases of different specific density and entropy but identical composition (polyamorphism). The remarkable properties of trehalose have interesting implications in cosmetic research. At low concentration values, such as those used in lotions, the protective action of trehalose is mediated by water, which reduces the solvent power, while at high concentration values, such as those used in creams, sugar induces an increment of the hydration radius and geometric changes of the micelles due to interaction between trehalose molecules and micelles. It clearly emerges that the available experimental findings are consistent with the existence of a direct connection between the melt fragility degree of the ensuing glassy matrix and bioprotective effectiveness. In the cosmetic field, sugars as trehalose can be used as humectants, moisturizers and flavoring agents in creams, lotions and masks; on the other hand, polyols as glycerol can be employed as cosmetic bonding agents for makeup, including eye shadow, lipgloss, lotions and eyedrops; moreover, many protein derivatives are currently used for cosmetic purposes. These are typically obtained from simple proteins (fibrous and globular). In particular, the simple and widely studied structure of lysozyme makes this protein particularly interesting for more complex investigations in the field of cosmetics. The innovation in formulation, conception of cellular tools and technologies will be achieved by following main research lines:

The knowledge transfer to industries will be based not only on a joint research programme but also on an educational-training programme encompassing a series of short meetings, seminars, specific experimental stages at the hosting laboratories, two-days conferences focused on remarkable aspects answering to specific industrial needs.