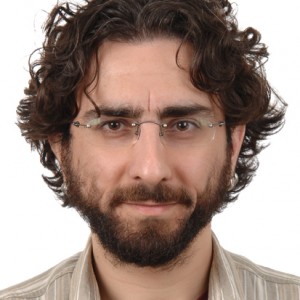 Chiral particles have attracted considerable recent interest, both in particle and in condensed physics. Our particular interest lies in their anomalous transport properties and their helicity non-conservation in the presence of interactions.

Quantum field theory anomalies can be realized as emergent phenomena in condensed matter physics. For instance, the chiral anomaly occurs also in Weyl semimetals. Moreover, it yields the anomalous transport properties like the chiral magnetic effect and the anomalous Hall effect. More recently, new anomaly–induced transport phenomena, based on the conformal anomaly called "the scale magnetic effect" and "the scale electric effect" were found. We will work out whether there exists a realization also for the scale electric effect in Dirac/Weyl semimetals.

Secondly, we will consider duality symmetry and its conserved charge called the "optical helicity" in condensed matter systems.  Classically, this charge can be written as a combination of two Chern-Simons terms. After quantization it corresponds to the difference of total numbers of right and left circularly polarized photons. We will investigate the consequences of the non-conservation of the optical helicity in topological magnetoelectric systems. In particular, the evolution of the quantized optical helicity might be very useful for a better understanding of Weyl semimetals and topological insulators.