Tracking the expansion of invasive species 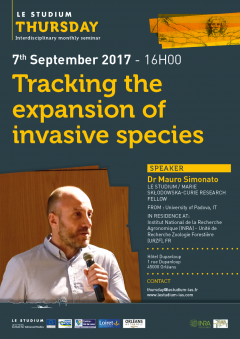 Globalization is increasing the impact of invasive species on several ecosystems worldwide. More broadly, climate change, global trade and landscape anthropization are the main factors leading species to expand their range. The introduction and the expansion of new species in new areas have a deep detrimental impact not only on the biodiversity of native ecosystems but also on agriculture and public health. The invasiveness of a species, i.e. the capacity of introduced individuals to settle and expand in a new area, is determined by several factors among which genetic variability seems to play an important role, since it can improve the possibility to adapt to new environmental conditions. Since the genetic variability is linked to the history of the invasion process, it is crucial to understand the origin, the number of introductions and the pattern of expansion followed by these species. This information can be useful then for both the management policies of introduction routes and the strategies for the biological control.

Among the others species, invasive insects are particularly favored by global change, given their high dispersal skills enhanced by global trade, and their short life cycle, strongly influenced by environmental temperature. Here we considered the invasion process followed by one of the main pest of pine forests in Mediterranean countries, the pine processionary moth, which is expanding its range northward in France mainly due to the increasing average temperature in winter. Using genetic markers we explored the expansion patterns followed by this species, underlining the importance of human mediated transportation for some of the newly expanding populations.

FROM : University of Padova, IT